The Film Review “Cinema on the Border”

Film Review “Cinema on the Border”

The Film Review Cinema on the Border (“Kino na Granicy”) is a unique cultural event that has been held continuously since 1999 in Cieszyn and Český Těšín. It is a presentation of Polish, Czech and Slovak cinematography with a Hungarian accent. Every year, film projections, categorized as retrospectives, thematic cycles, genre cinema or novelties, are accompanied by many additional events: meetings with filmmakers, exhibitions, concerts, lectures, and book promotions.

The review was born at one of the meetings of the Cieszyn branch of the Polish-Czech-Slovak Solidarity. Its originators were Jolanta Dygoś and Arkadiusz Miodoński. From the first edition, the Czech partner – the “Strzelnica” Culture Centre from Český Těšín with the then-director Gertruda Chowaniokova in the lead and other staff, mainly Luća Bačíková and Petra Slováček Rypienova, joined the organization. Initially, film screenings took place at the Piast cinema. In 2002, the Kino Central in Český Těšín and in 2005 the Adam Mickiewicz Theatre in Cieszyn were added to the screening venues.

After a few years, a Polish-Czech tandem of program directors was also created in the persons of Maciej Gil and Martin Novosad. In 2016, Gil was replaced by Łukasz Maciejewski.

Cinema on the Border is the result of the intense work of cinema enthusiasts and almost a hundred volunteers each year. This is an excellent example of a huge civic initiative, which is driven by passion and a big heart. From the beginning, the organizers were driven by one goal – the need to get to know each other, according to the principle that it is advisable to know your neighbour’s culture better than any other. The organizers wanted the Poles and the Czechs to meet not only at the border open-air markets, but also in the cinema or at a concert. They wanted to break prejudices and stereotypes, because the baggage of disputes and conflicts from the past continued to be felt on the border. They believed that the presentation of interesting works of Czech and Polish cinematography and numerous accompanying events could change the negative or indifferent attitude. The review helped to create a fashion for Czech cinema in Poland. Many films presented as part of the Review later found their way to cinema distribution. Cinema on the Border is a perfect example of cross-border cooperation, joint action for a specific idea, an example of the emerging Polish-Czech-Slovak friendships among the event organizers and participants. Guests and spectators appreciate the original, well-designed and diverse film program, the numerous and interesting accompanying events and the spontaneous, unforced atmosphere. The organizers were the first and probably the only ones in the history of cinema to create a light film bridge, a unique spectacle – cross-border film projections over the Olza, during which the screen is set on the Polish shore, and the projector and audience on the Czech. This symbolically reflects the history of the city divided by the river.

From 2008, the organizers of the event are associations: Kultura na Granicy (Culture on the Border) from Cieszyn with Jolanta Dygoś at its head and Education Talent Culture from Český Těšín with the director Petra Slováček Rypienova.

The organizers often say that audiences are the main reason they work on the next edition for the whole year. They emphasize that nothing inspires so much as a live, responsive audience that tightly fills cinema theatres and concert halls. It consists mainly of students of film studies, culture studies and philology as well as other film lovers, even from the farthest corners of Poland and the Czech Republic.

In 2008, the University Council of the Student Self-government of the University of Silesia, in recognition of its high cultural merit, awarded the Film Review Cinema on the Border with the Student's Laurel in the Cultural Event of the Year category.

Agnieszka Holland, after one of her visits to the Cinema on the Border, said: “What is important and beautiful to me meets here. Thank you for this festival.

During 19 years, Cinema on the Border hosted hundreds of cinema celebrities, big names from Poland, the Czech Republic and Slovakia. Among them were:

The Cinema on the Border also hosts musical events and concerts that were initially held in the Targowa restaurant, in the Strzelnica Culture Centre and in the Cieszyn Theatre, and in recent years in the courtyard of the Castle Brewery in Cieszyn. As part of the Review, the following artist have performed: Hana Hegerová, Raduza, Ida Kelarová, DG307, Mikołaj Trzaska, Mary Komasa, LUC, Noisecut and Zrni 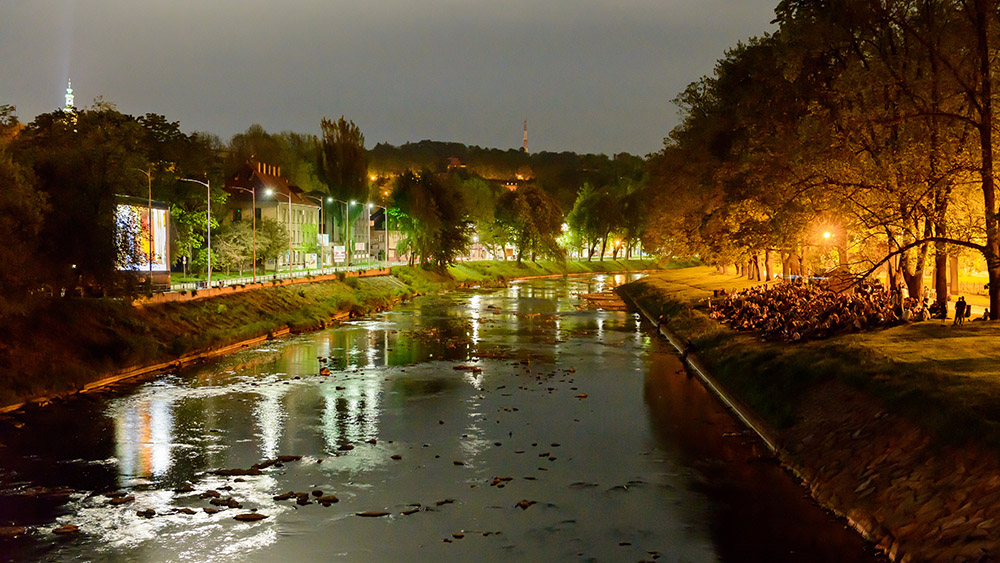