Cooperation between Cieszyn and Český Těšín

A breakthrough in relations between Cieszyn and Český Těšín took place in 1989 after democratic changes took place in Poland and Czechoslovakia. The entry into force of the agreement on visa-free traffic between the two countries in 1991 brought an end to the isolation of the inhabitants of the Polish and Czech parts of the town. Private and business contacts were renewed and trade developed, especially at open-air markets. In 1989, an informal branch of the Polish-Czech-Slovak Solidarity was activated. Contacts of representatives of Cieszyn and Český Těšín municipalities have also been more and more frequent. On 14 June 1996, the “Cooperation Agreement between Cieszyn (RP) and Český Těšín (ČR)" was signed, which replaced the 1985 “Friendship Agreement” and in a way sanctioned ever-closer cooperation in various fields. Many joint projects have been carried out, including in the field of culture and promotion. Since the accession of Poland and the Czech Republic to the European Union, a number of joint projects co-financed from funds supporting cross-border cooperation have been implemented. 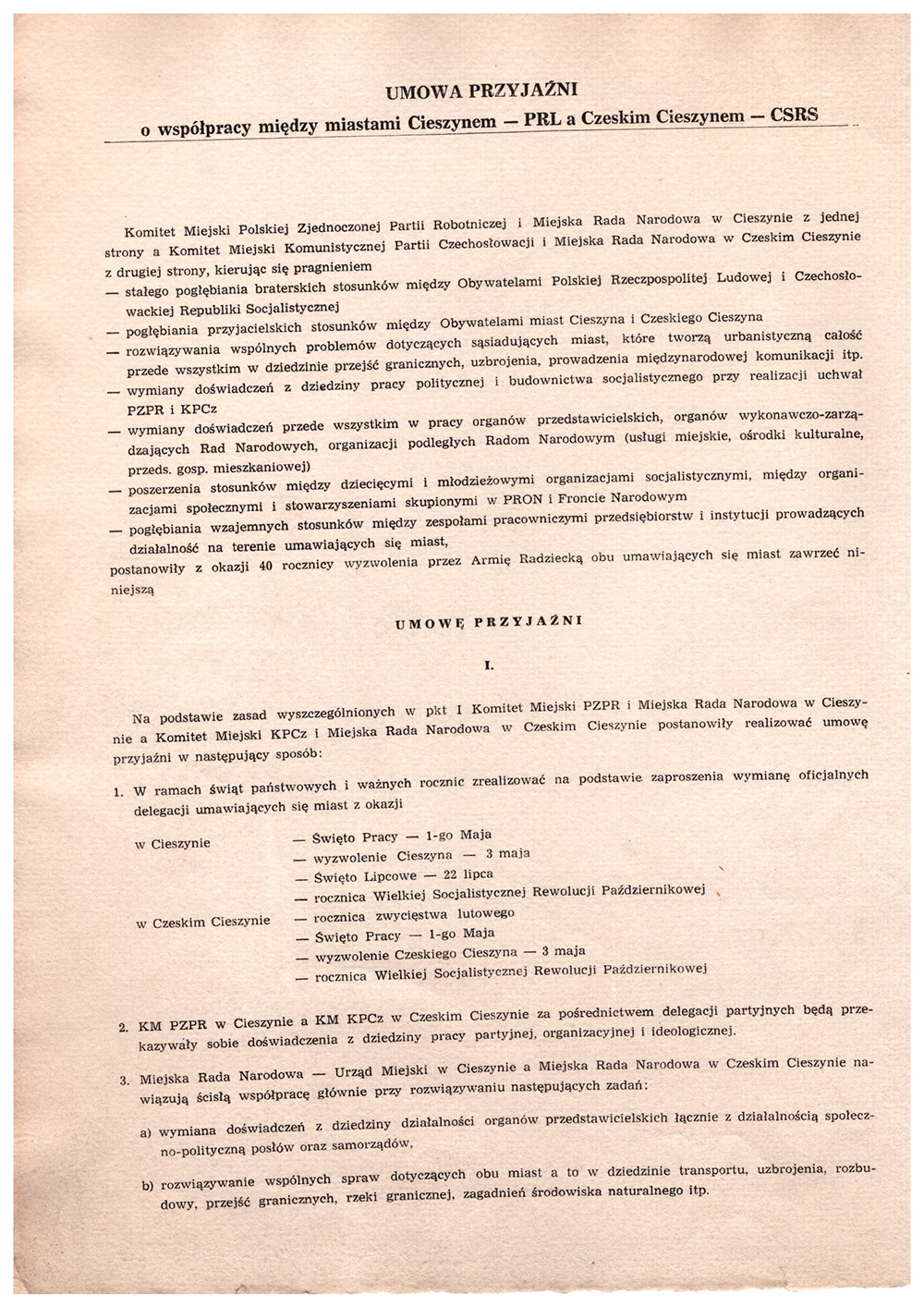 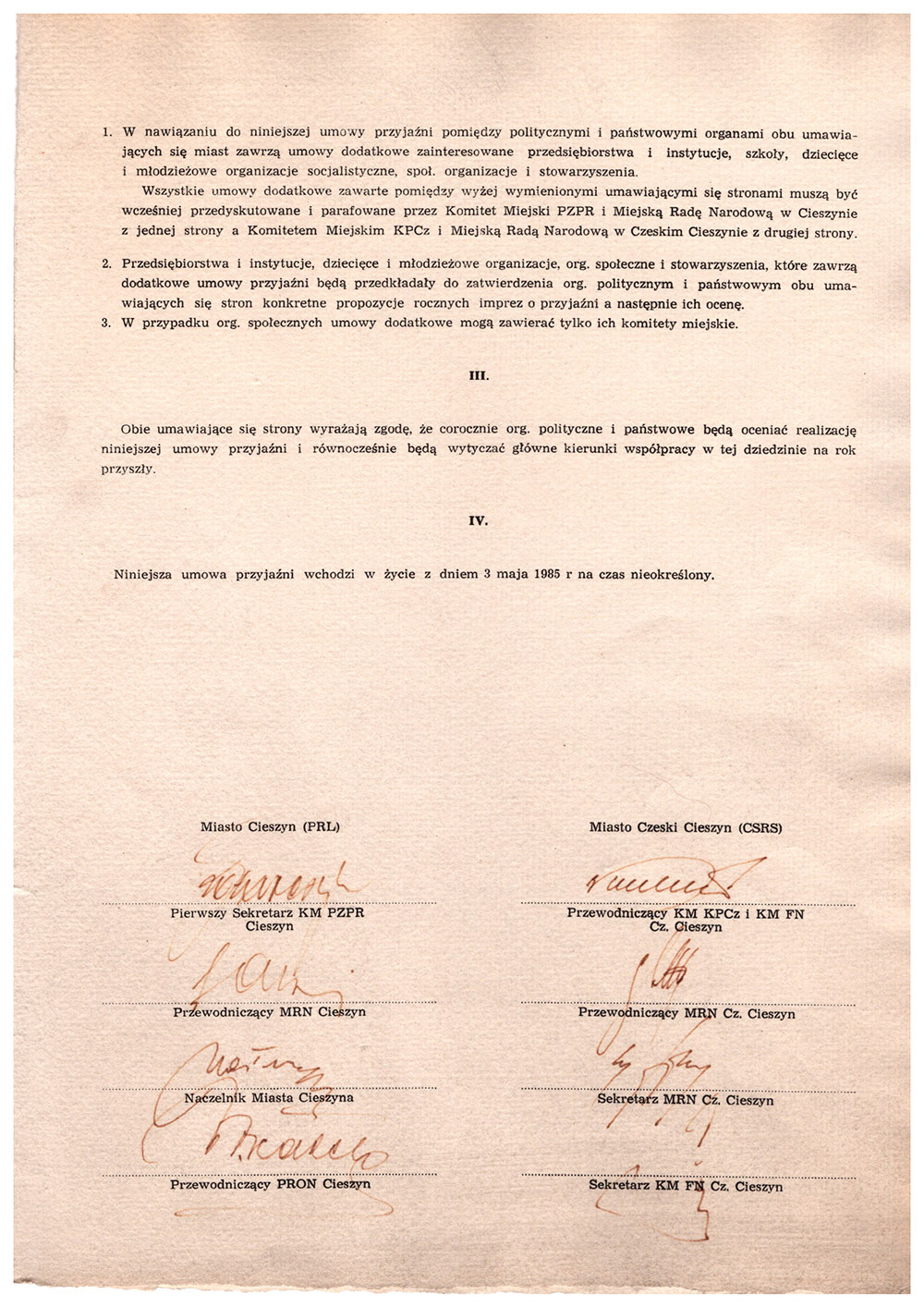 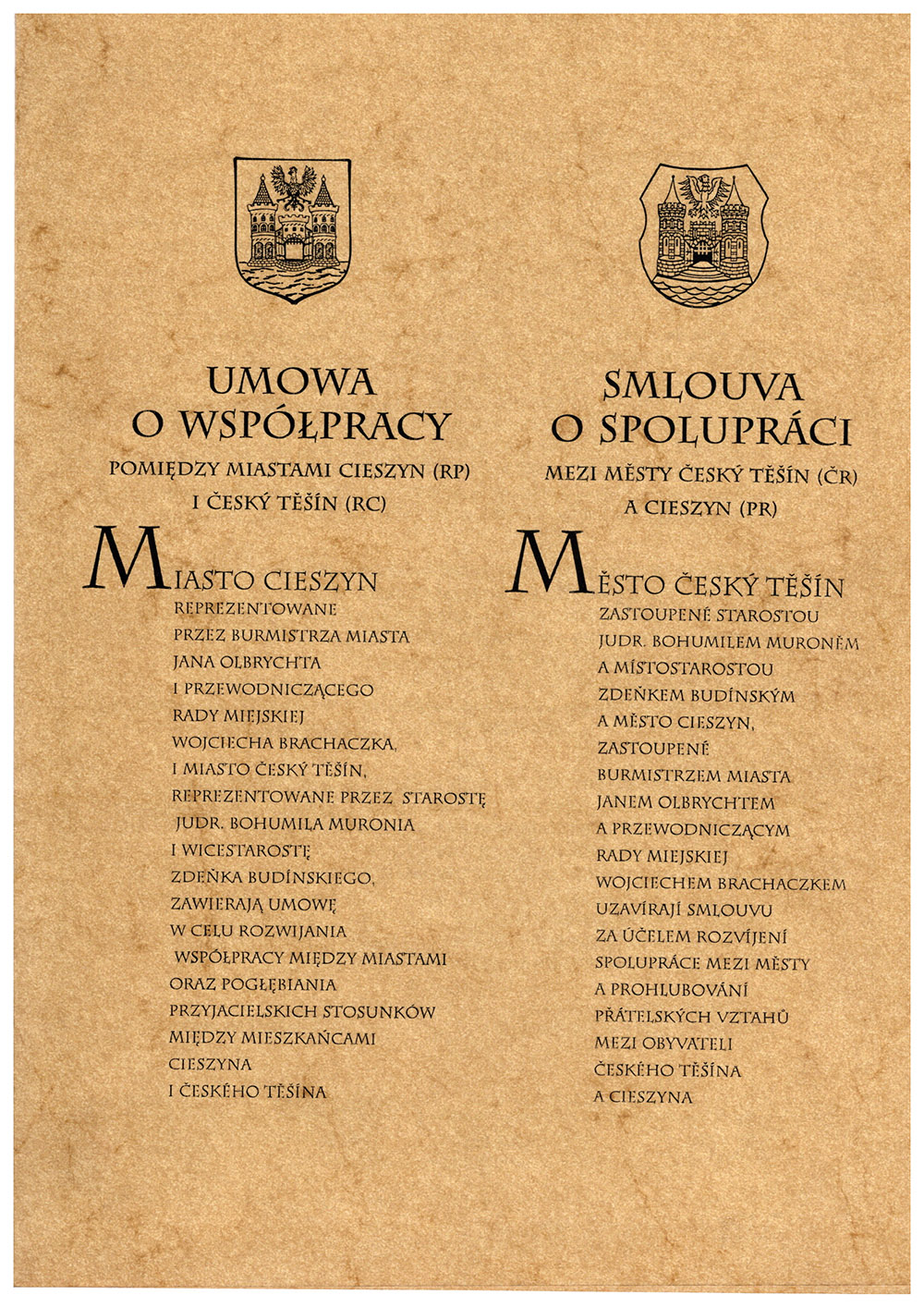 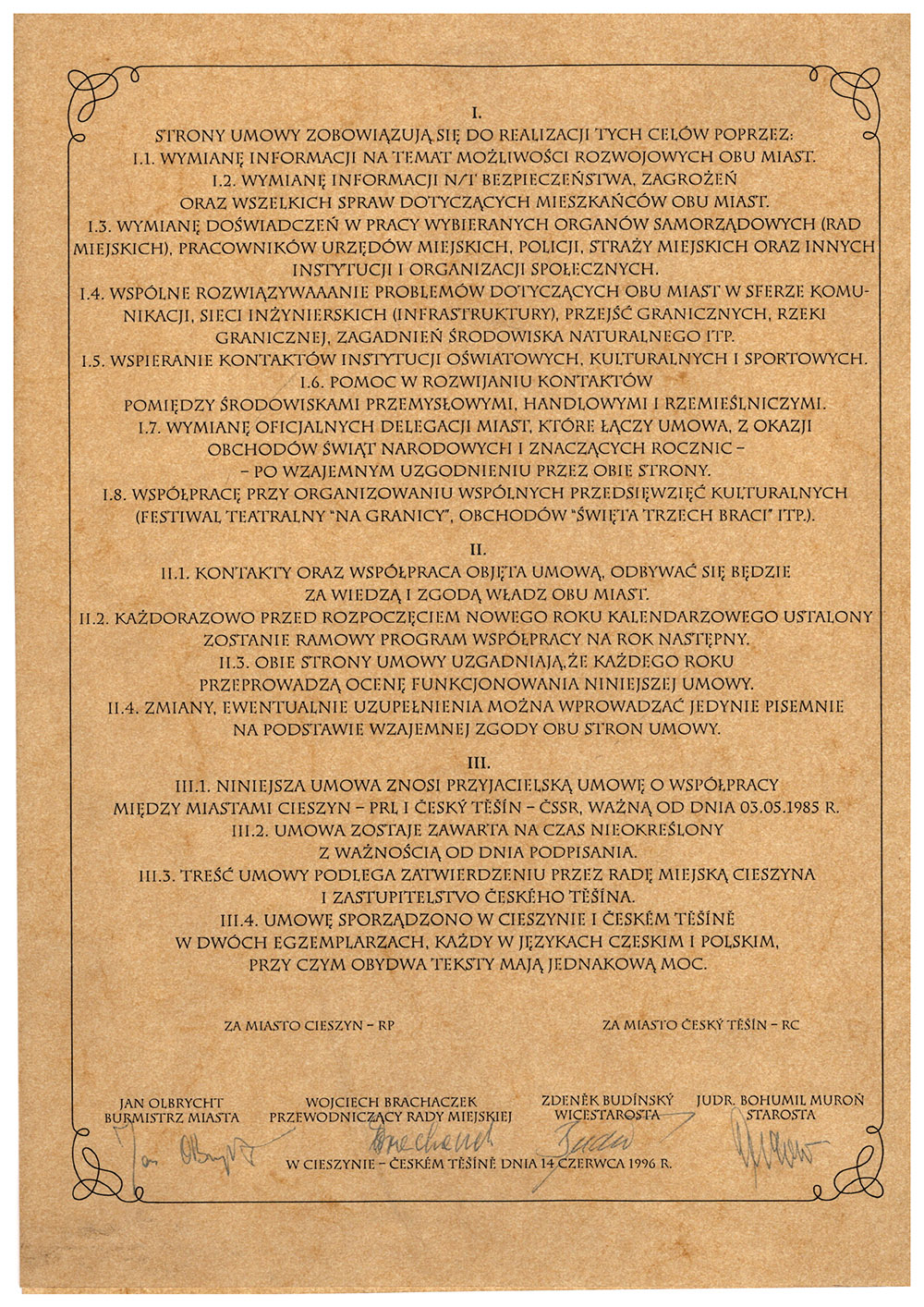 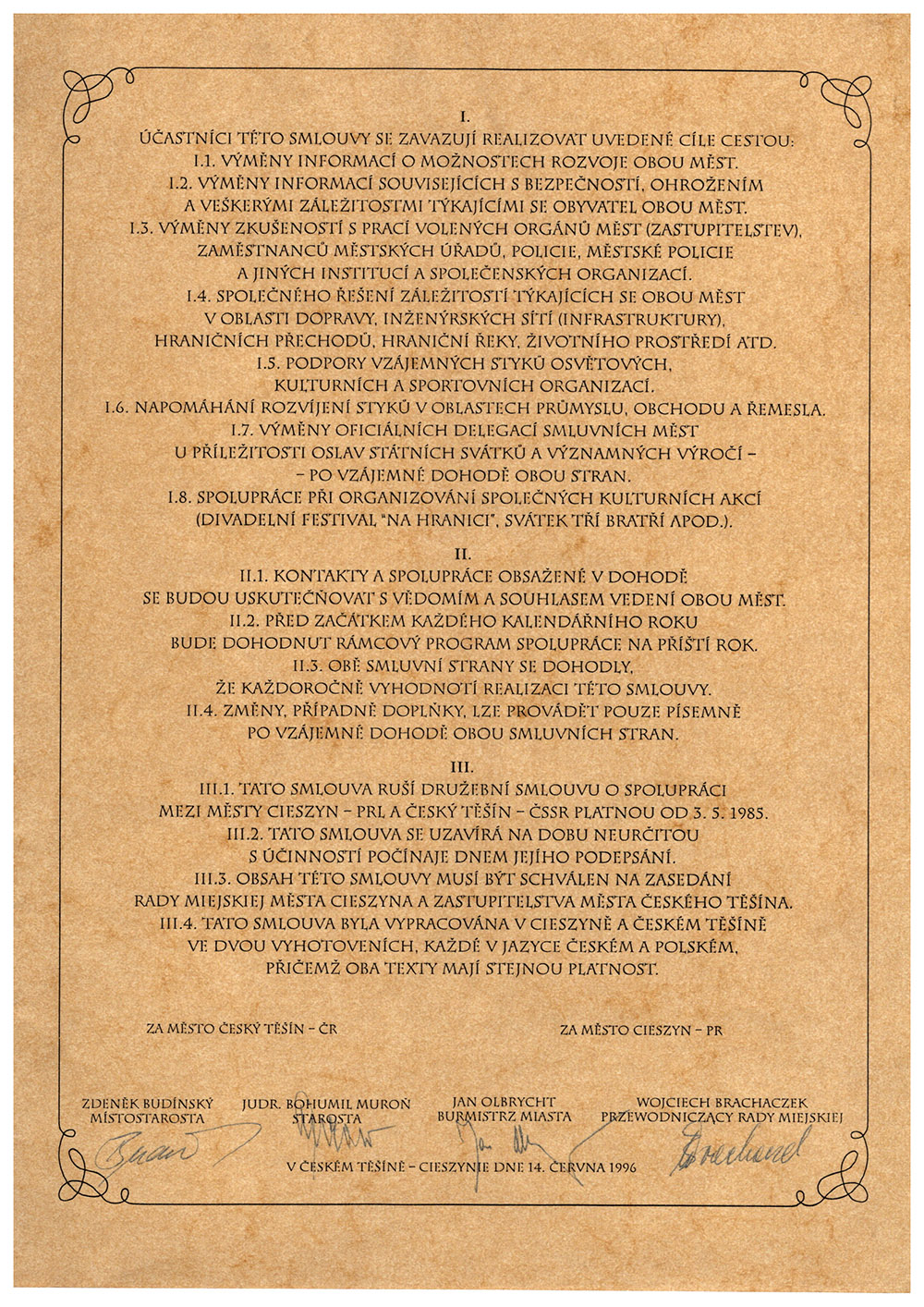