Man has had to deal with flooding of surging rivers since time immemorial. The proximity of Beskid Mountains with the sources of the Olza river and its many tributaries resulted in floods, occurring when the excess of water left the stream bed and overflowed onto the lands nearby, e.g. during the springtime melting of snow, causing material damage and at times even fatalities. The region of Cieszyn Silesia, including its central town, is located in an area known also for the so-called flash floods, which result from heavy rainfall after which, due to its topography, water is prevented from flowing down easily. The risk of floods was associated not only by the Olza river, but also by its tributaries flowing through Cieszyn and Český Těšín.

The Olza, from the origins of the borough, and later the town, played an important role in the lives of the inhabitants, as it facilitated the operation of watermills, smithies and fulling workshops; its waters were used by craftsmen such as potters, dyers, bathhouse operators and others. It was a significant element of the defensive structure of the castle and of the town. The river also brought problems. Heavy rains and rapid melting of snow tended to raise its level and overflow to areas nearby causing losses. The varying water level limited economic activity in its direct vicinity, as indicated in the slow development of the suburb of Przykopy. Certainly, the bridge near the castle was washed away many times, rendering communication difficult.

The accounts of the oldest floods can be found in old chronicles and archives. In 1662, there was a heavy snowfall, which caused a flood. Another recorded flooding occurred in 1737. A record dating back to 1751 informs that there was wielki śnieg [heavy snowfall] in the mountains, which resulted in the Olza river flowing out of bounds. One of the major floods took place in 1771; it was then that the waters of the surging Olza flooded the outer district of Kamieniec (today the centre of Český Těšín) and Mała Łąka. In August of 1803, there was a cloudburst which causes the rivers Olza, Bobrówka and most likely Puńcówka to flood the outer districts of Frysztackie Przedmieście, Przykopa and Kamieniec. Of all the areas nearby it was the village of Boguszowice that was most affected. The bridge near the castle suffered some serious damage, and two other bridges on the Bobrówka river were washed away. In the area of today’s Český Těšín, where a print shop of Karol Prochaska used to be located, there was a salt warehouse, which was flooded and therefore was moved to ul. Solna (in the spot where today the supermarket Intermarché is located). The salt warehouse was adjacent to a cattle market, while next to it there was an inn called Pod Basem. The news of floods of the Olza in the newspapers of Cieszyn of the second half of the 19th and in the 20th century indicate that the water level at times reached even the stairs near the town gate, i.e. today’s Brama Młyńska [Mill’s Gate]. Hence, the area was not extensively used for economic activity, save for farming.

After the World War II, flood alerts and freshets of the Olza and other watercourses in both towns occurred regularly every couple of years. However, it was not solely the Olza that caused damage. In August of 1955, it was the Bobrówka river that went over bounds and flooded several streets in Cieszyn. In the 20th century, the most tragic flood in Cieszyn was that of 1970, when on 17 July the surging waters of Olza washed away Most Wolności, being at the time defended by Cieszyn firemen. The bridge could not be protected and five firemen lost their lives in the process. This tragic event is commemorated in a memorial plaque on the former border building. In place of the ruined bridge, a temporary one was built, however only two years later it was destroyed by another flood.

The first investment project performed and most likely funded by the municipal authorities with the Prince’s consent was the digging of a channel, which carried the water from the Puńcówka and Odra rivers to the still-extant so-called III weir in the Municipal Forest, and subsequently along the base of the hill upon which the town was erected, next circling Góra Zamkowa [Castle Hill] to the spot where today’s ul. Bednarska ends, finally turning sharply in order to join the Bobrówka river. Presently, the channel ends behind Castle Hill and is directed through the premises of Browar Bracki [Friars Brewery] and Energetyka Cieszyńska [Cieszyn Power Plant], later joining the Bobrówka. In earlier days, i.e. at least until the first half of the 19th century, the channel circled the Castle Hill in Cieszyn from the north, and later from the east, in order to sharply turn east and after another several scores of meters join the Bobrówka at the level of today’s bridge at ul. Zamkowa. The channel measures 3690 m in length, while its width varies from 1.5 to 11 m. In the old plans of Cieszyn, one can observe that in the initial section between Olza and Puńcówka, there were three channels of Młynówka. Two remain today, of which one was transformed into a kayak lagoon, and both end their course in Puńcówka, from which only the one described above separated downstream. The ditch used to be call in the local dialect Przykopa or Młynówka [Mill Channel], at the turn of 17th century Wielka Młynówka [Great Mill Channel], and in German Mühlgraben and Přikopa in Czech.

In the later centuries, the names also referred to the area between the city walls and the Olza, later it was the name of the suburb and eventually of a town district. The Mill Channel was created during the Middle Ages, possibly in the 14th century; however, its first mention in a source text dates back only to the 1460s. From the period of 1526-1528, a ledger book of Cieszyn was preserved, in which municipal costs of its cleaning were listed. During the rule of Jan of Pernstein, the protector of the juvenile Prince Wenceslaus III Adam, i.e. 1528-1545, the burghers of Cieszyn were except from the obligation to clean Przykopa. It is certain that the channel served in two functions: firstly, it was an element of the defence system of the town, secondly, it provided water to the public facilities erected next to it: the Great Mill, the bathhouse, the smithy and those located near the castle (today within the premises of the brewery): the Little Mill, a copper misty and the fulling workshop.

The problems recurring in both Cieszyn and Český Těšín with the overflowing of the tributaries of the Olza forced the municipal authorities to regulate the small rivers flowing through their town. On the Polish side in the period of 1970-1975, only several sections of Bobrówka were engineered; those investment projects were accompanied by the development of road infrastructure. It was also then that two bridges were built in the district of Mnisztwo. For many years, the authorities of Český Těšín have funded the reinforcement of the banks of the Olza river. 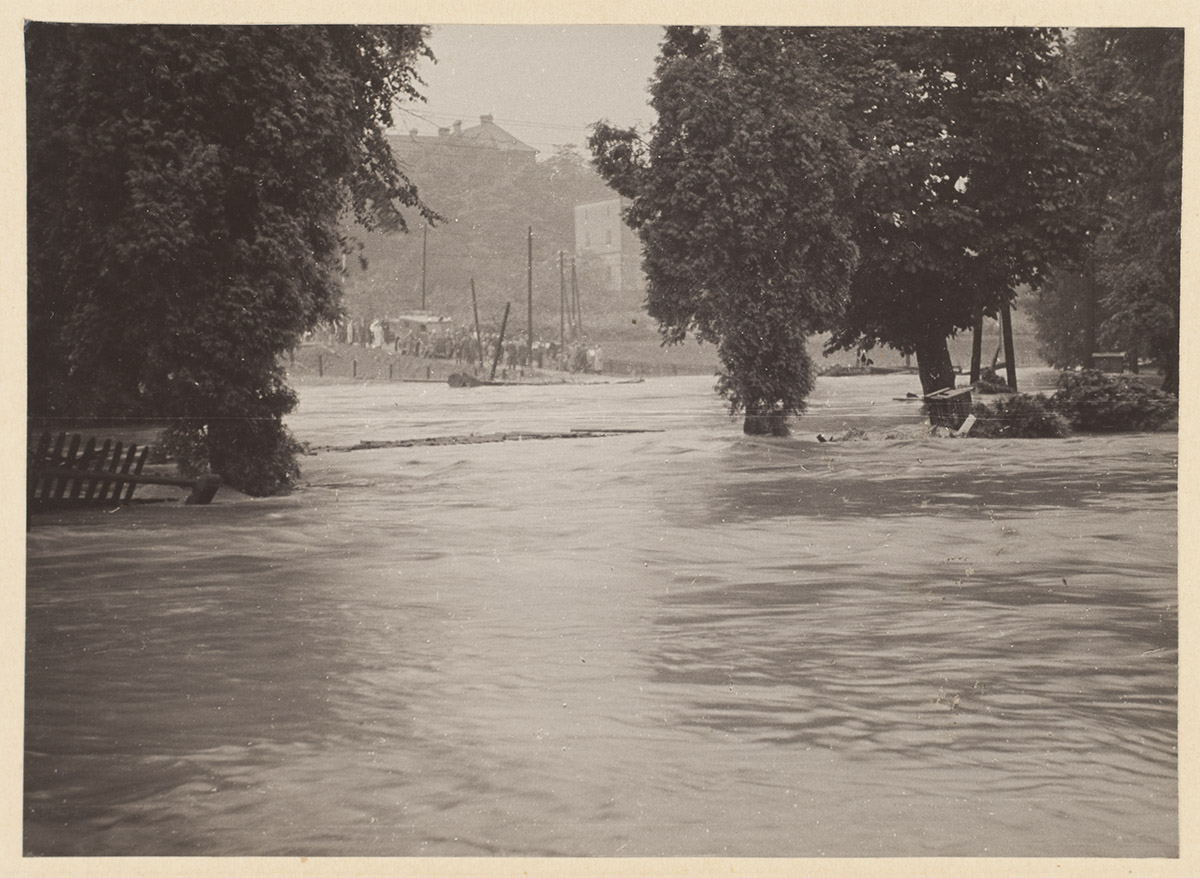 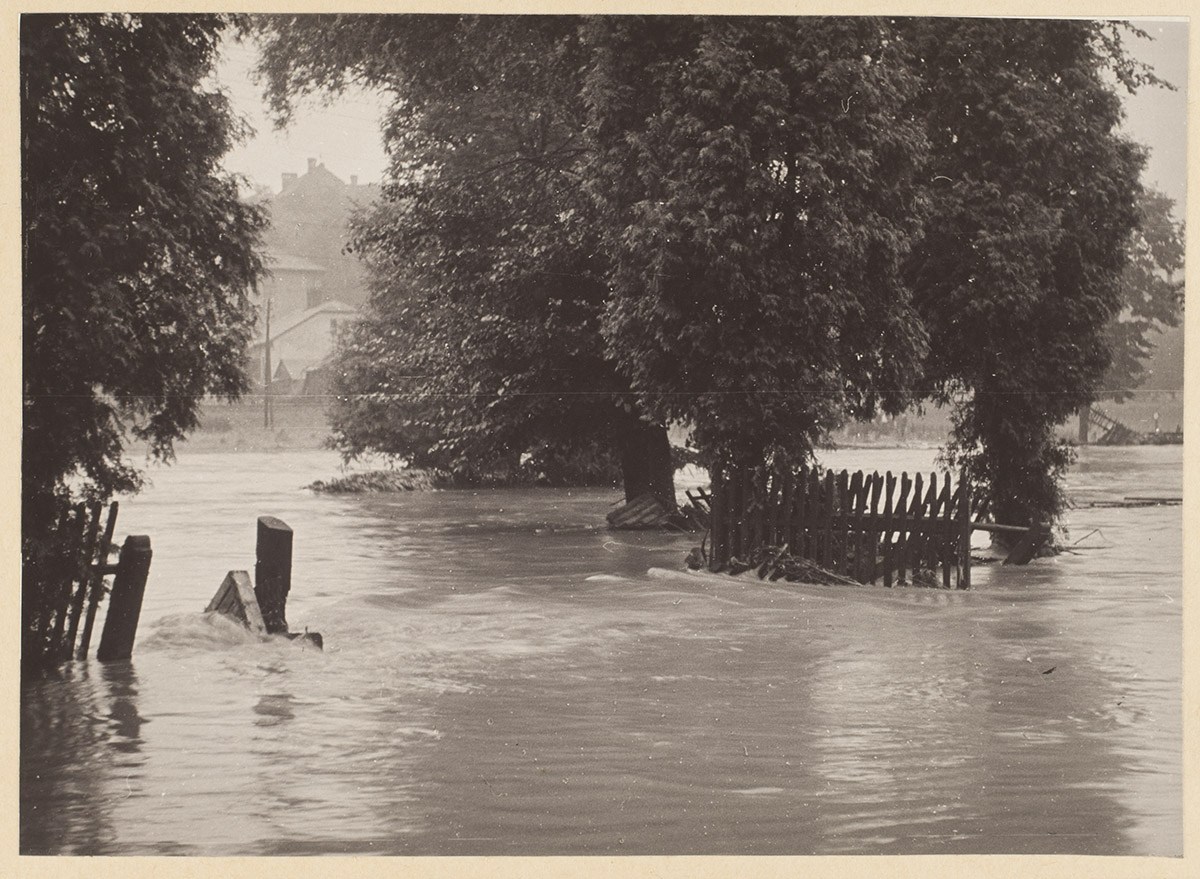 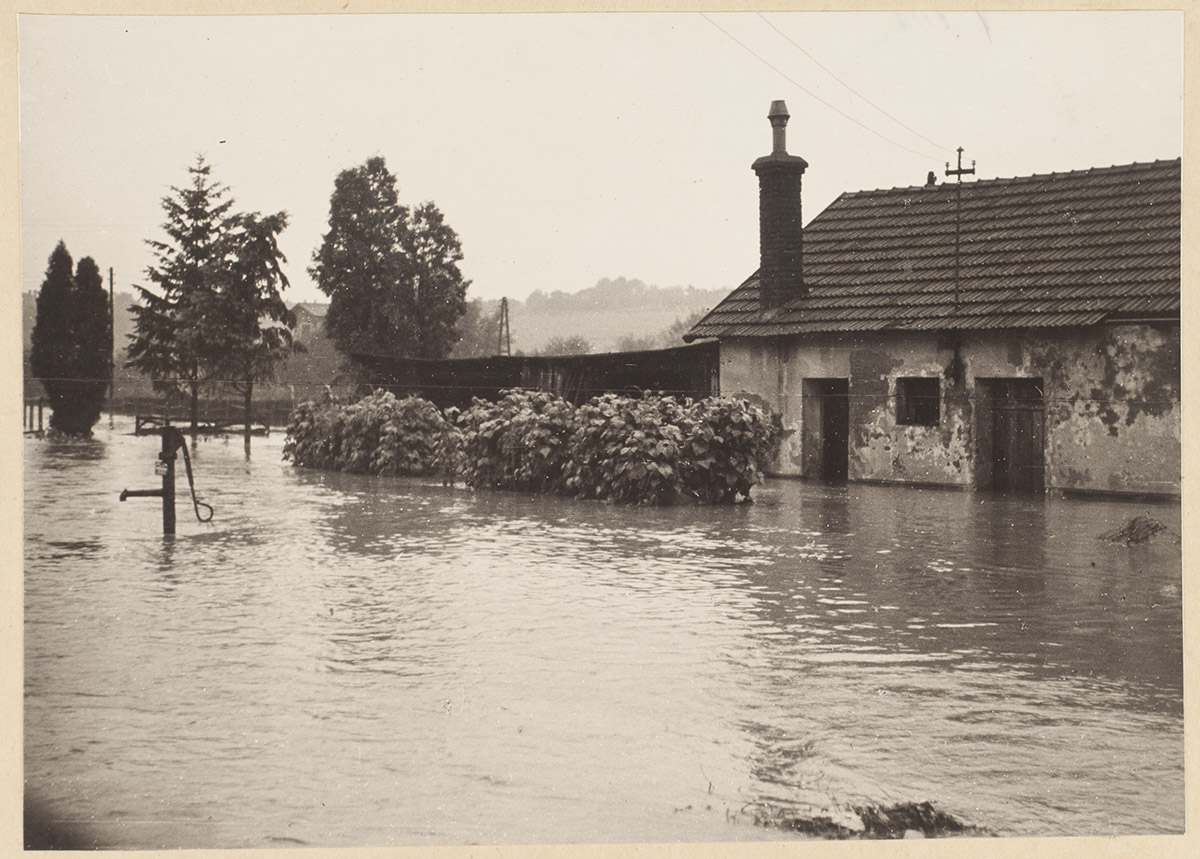