Polish schools in Zaolzie, always a key concern of members and leaders of the local Polish community, seem to give them a lot of satisfaction. Thanks to substantial subsidies from the budget of the Czech Republic and the Polish government’s assistance they enjoy a good reputation, have excellent infrastructure and modern equipment. They also pride themselves on a high level of teaching thanks to which Polish schools’ students get, quite often, better results in inter-school subject competitions, including Czech language contests, than those obtained by students of Czech schools in the area. In addition, in recent years Polish schools can count on the good will of central and provincial Czech authorities which treat liberally official requirements concerning minimum number of pupils qualifying for maintaining and financing of a given school from the state budget. Currently 25 Polish primary schools function in Zaolzie. Ten of them offer schooling in years 1-9 (Bystrzyca/Bystřice, Błędowice/Bludovice, Český Těšín, Gnojnik/Hnojnik, Jabłonków/Jablunkov, Karwina Frysztat/Karviná Fryštát, Lutynia Dolna/Dolní Lutyně, Sucha Górna/Horní Suchá, Trzyniec/Třinec, Wędrynia/Vendryně) and fifteen in years 1-5 (Bukowiec/Bukovec, Cierlicko/Těrlicko, Český Těšín Suibice, Gródek/Hrádek, Koszarzyska/Košařiska, Łomna Dolna/Dolni Lomná, Milików/Milíkov, Mosty koło Jabłonkowa/Mosty u Jablunkova, Nawsie/Návsi, Olbrachcice/Albrechtice, Oldrzychowice/Oldřichovice, Orłowa Lutynia/Orlová Lutyně, Ropica/Ropice, Stonawa/Stonava, Trzyniec VI/Třinec VI). At present (school year 2017/2018) a total of 1947 students attend these schools. In addition, there are 33 kindergartens attended by a total of 1337 children.

Secondary education is presently offered by only two schools: four-year Czech Obchodni akademie (Business College) in Český Těšín with Polish as the language of instruction in some classes and four-year Juliusz Słowacki Polish Grammar School (equivalent of secondary school in Poland) in Český Těšín. The latter cultivates the traditions of the legendary Juliusz Słowacki Polskie Gimnazjum Realne in Orłowa, a true Zaolzie Alma Mater which for decades shaped Polish elites of the region. A total of 353 students attend the two schools; 312 of them study at the Grammar School. Since 1995 the state run Centrum Pedagogiczne dla Polskiego Szkolnictwa Narodowościowego (Pedagogical Center for Polish Ethnic Education) in Český Těšín has been of assistance to Polish educational institutions in Zaolzie. It offers methodological and didactic help, organizes further professional training for teachers, organizes competitions and Olympiads for children and teenagers and publishes two periodicals for students and teachers – “Jutrzenka” (Dawn) and “Ogniwo” (Link).

Polish schools are closely bound with the social milieu in which they function. At almost all Polish schools, circles of Macierz Szkolna (Polish educational society) in the Czech Republic function, a successor to the – established in 1885 – Duchy of Cieszyn Macierz Szkolna. The circles’ role approximates to that of parents’ body in Poland. At the same time the circles try to cultivate relations between the minority and educational institutions and engage students and teachers in various cultural events organized by the Poles. A similar role is played by the Association of Polish Teachers in the Czech Republic which unites teachers and educational workers – active and retired, and students of pedagogy. Its main task is to look after the interests of Polish educational institutions and their employees. Polish Scouting in the Czech Republic is also active in some of the schools. In Zaolzie, it has around 250 members organized into three Cub Scout Packs, six Scout Teams, an Instructors’ Circle and Senior Club. Recently a growing number of students from Poland attend schools in Zaolzie, especially in Český Těšín. Both parents and children are drawn by the friendly, almost family atmosphere, a wide range of extra-curricular activities and discipline.

The picture sketched above is consistent with official reports. The growing number of pupils entering first grades is one of the reasons for their optimistic tone. Yet in the school year 2017/2018 a total of 232 pupils were admitted, i.e. 40 less than in the previous year. The account does not reveal the complexity of Polish education in Zaolzie, since the end of 19th century an object of Polish-Czech rivalry and a yardstick for measuring changes occurring in national consciousness. It should be pointed out that nine-year Polish schools are dispersed and collective in character. Often one school serves a few districts in an area of approximately 80 km2 and Polish families are reluctant to send their children to schools so distant from their homes. With this in mind they also forgo sending the children to nearer primary schools offering schooling in years 1-5. These schools appear to have been on the wane for some time now. In none are there five separate classes and children learn in combined classes. On the whole, in 15 such schools there are only 20 classes and in four there is a single class in which a dozen or so children – formally attending years one through five – are taught. A total of 365 children attend primary schools; in six of them the number of pupils does not exceed 20. There are combined classes also in nine-year schools in Lutynia Dolna/Dolní Lutyně and Suchej Górnej/Horní Suchá attended at present by 45 and 96 students respectively. What’s more, the vanishing popularity of Polish schools can also be observed in localities which used to be the bastion of Polishness in Zaolzie such as Stonawy/Stonava (with only 12 children), Orłowa Lutynia/Orlová Lutyně (14 children), Mosty k. Jabłonkowo/Mosty u Jablunkova (15 children) and Olbrachcice/Albrechtice (16 children).

The magnitude of losses suffered by Polish education in Zaolzie can be fully realized only when we compare the above data with analogical statistics from the past. To demonstrate the extent of changes we may even disregard the situation in 1920 when in Zaolzie there were 88 Polish schools attended by 19 426 students and practically no Czech schools (but already in 1920-1922 there were 27 and in the school year 1924/1925 – 65 Czech minority schools) and refer to 1961 data which show 86 Polish primary schools and 11 secondary schools (Polish or mixed) attended by 8 145 and 755 students respectively. In 1989 the number of primary schools fell to 30 and secondary schools with instruction in Polish to 4. The number of pupils in primary schools fell to 3 383 but in secondary schools remained on the same level – 759 (compare: 1 009 in 1975 and 592 in 1920). Such a drastic drop foreshadowed an analogical drop in the general Polish population in Zaolzie in the three decades between 1981 and 2011 (a 49% fall to 26 551 people) which, in turn, resulted in the very limited number of children presently educated in Polish.

The commonly used (also here) term “Polish schools” leads to many misunderstandings. In reality Czech schools with “Polish as the language of instruction” function in Zaolzie. The schools pursue Czech educational ideals and follow the Czech curriculum. Only Polish language classes offer contact with Polish literature and culture, and grant access to knowledge in these fields. Subjects such as history, geography, and art or music appreciation deal mainly with Czech affairs and are only supplemented with topics referring to Poland or the region itself. The knowledge about Poland that the students in schools with Polish as the language of instruction acquire depends mainly on the commitment of their teachers who in their work have to overcome many difficulties. Their personal preferences and convictions aside, they are restricted by the function of schools – regardless of the language of instruction – within the structure of the Czech state. In addition, they have to meet the expectations of the local community, especially the parents. Of importance here is the fact that at present more than 60% of the children come from mixed Polish-Czech marriages. It is thus obvious that under the circumstances schools cannot educate their pupils in the spirit of Polish patriotism. It would be neither in accordance with the expectations of the parents nor with the tasks set by the state for minority schools. No wonder then that in recent years promotional campaigns aimed at higher enrolment no longer appeal to Polish patriotism and the necessity to preserve national identity but concentrate on more mercantile benefits. At present the opportunity to attain proficiency in Polish – a desirable skill on the job market in a frontier region – is supposed to win over students. Unfortunately, in informal situations Polish, in its literary form, is no longer spoken not only by Zaolzie students but also by the majority of their teachers. It is turning into a dead language, present only in the “school liturgy” with no practical use outside the classroom. In everyday contacts inhabitants of Zaolzie communicate in the local dialect which, as it assimilates more and more Czech elements, becomes increasingly difficult to understand even by their dialect-speaking countrymen on the other bank of the Olza River. Between themselves young Poles in Zaolzie simply speak Czech. Aware of their shortcomings such as limited vocabulary, grammatical errors, Czech pronunciation of l, h, rz, sz and cz sounds, they are reluctant to speak Polish even with their countrymen from Poland. They also limit their contacts with Polish culture and less and less often participate in cultural activities of the Polish community in Zaolzie. One of the consequences of such withdrawal is the decrease in, once abundant, literary output of works in Polish by local authors. The decline in Polish language usage goes hand in hand with the changes in consciousness. Studies conducted in Zaolzie schools show that only about 10% of their pupils declare their nationality as Polish. Approximately the same percentage consider themselves Czechs. The rest are more or less ambivalent – they see their nationality as Polish-Czech or Czech-Polish or, quite often, refuse to specify their nationality or identify themselves as Europeans, Silesians or – first and foremost – Zaolzians. 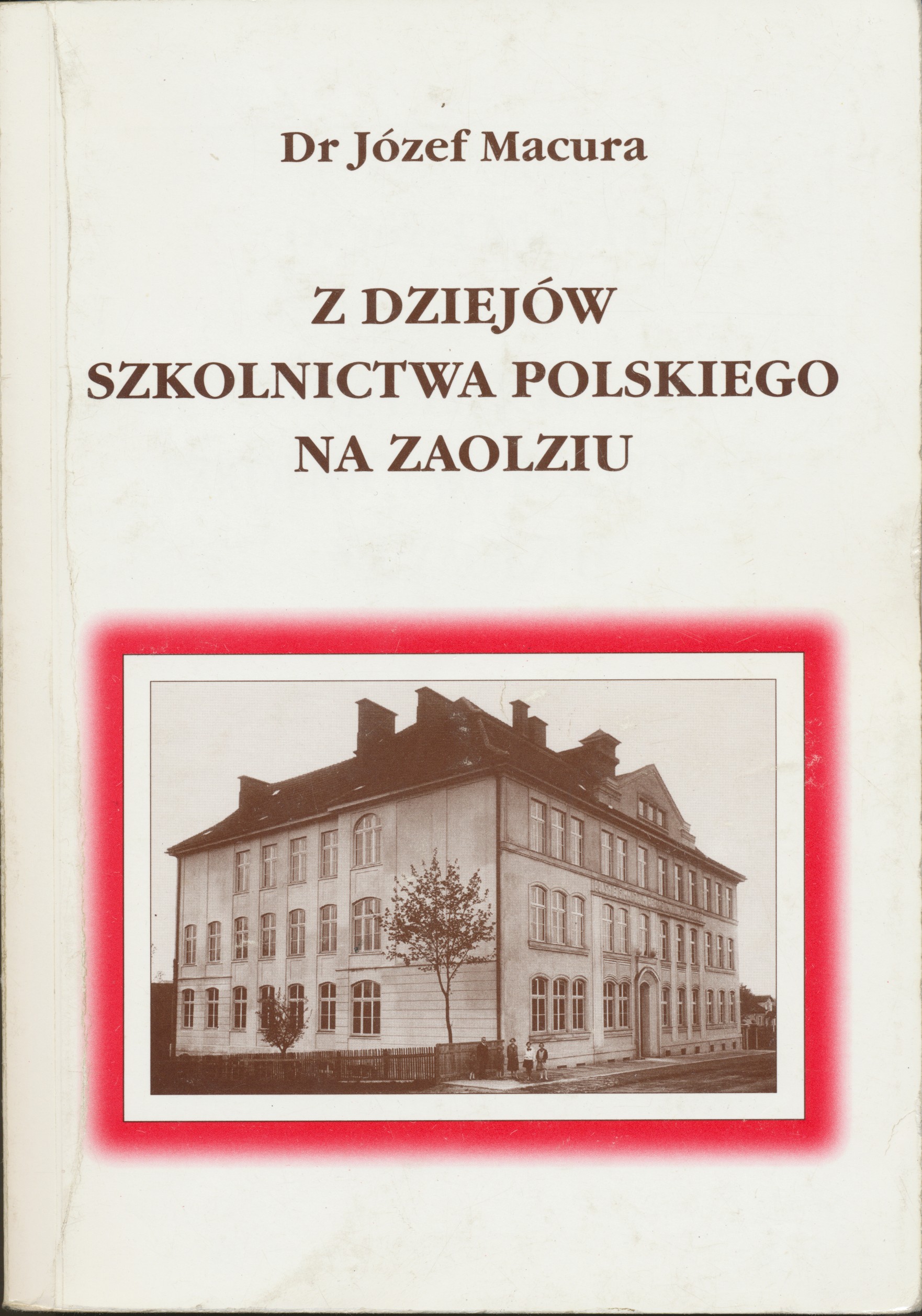 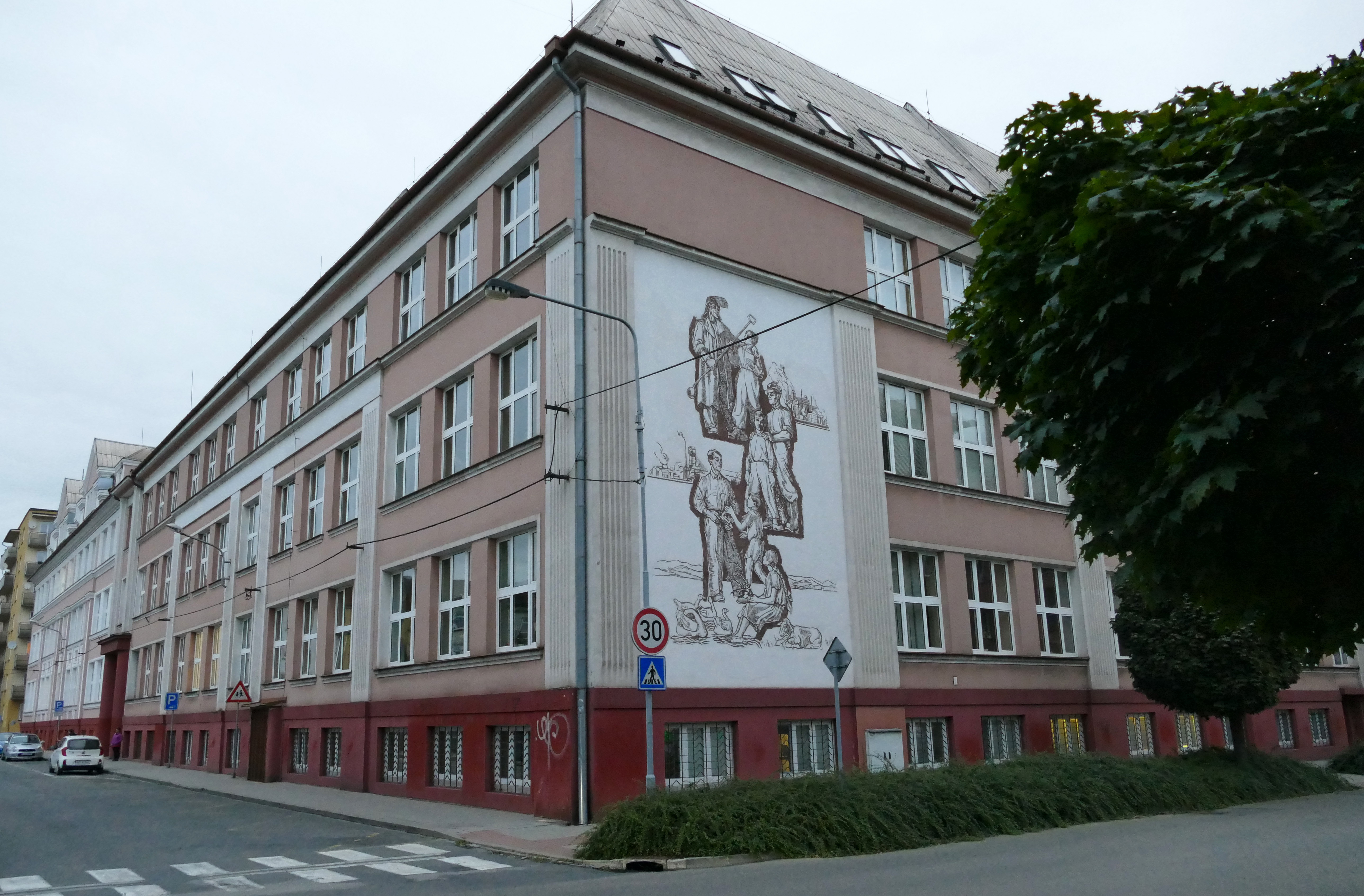 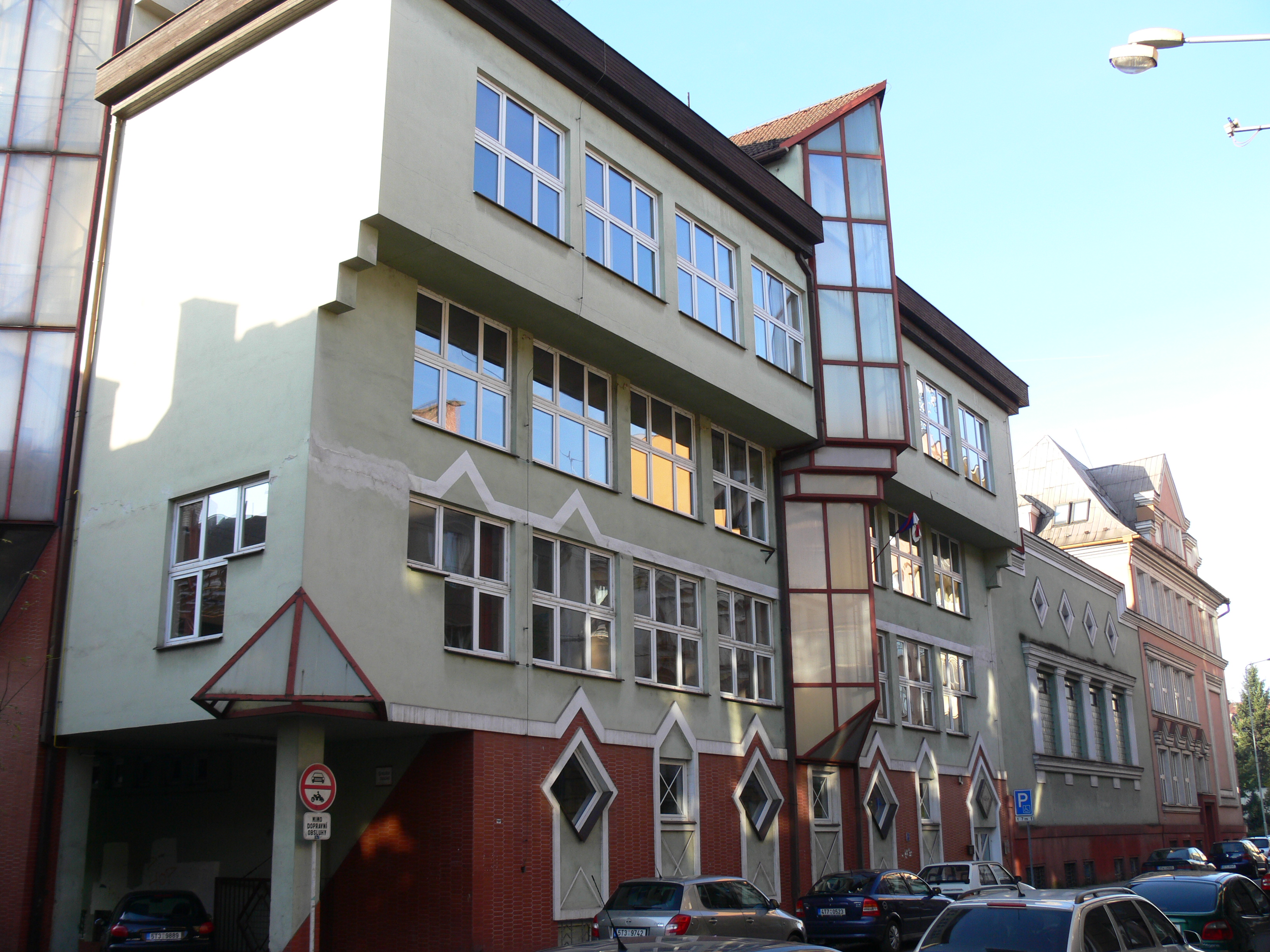 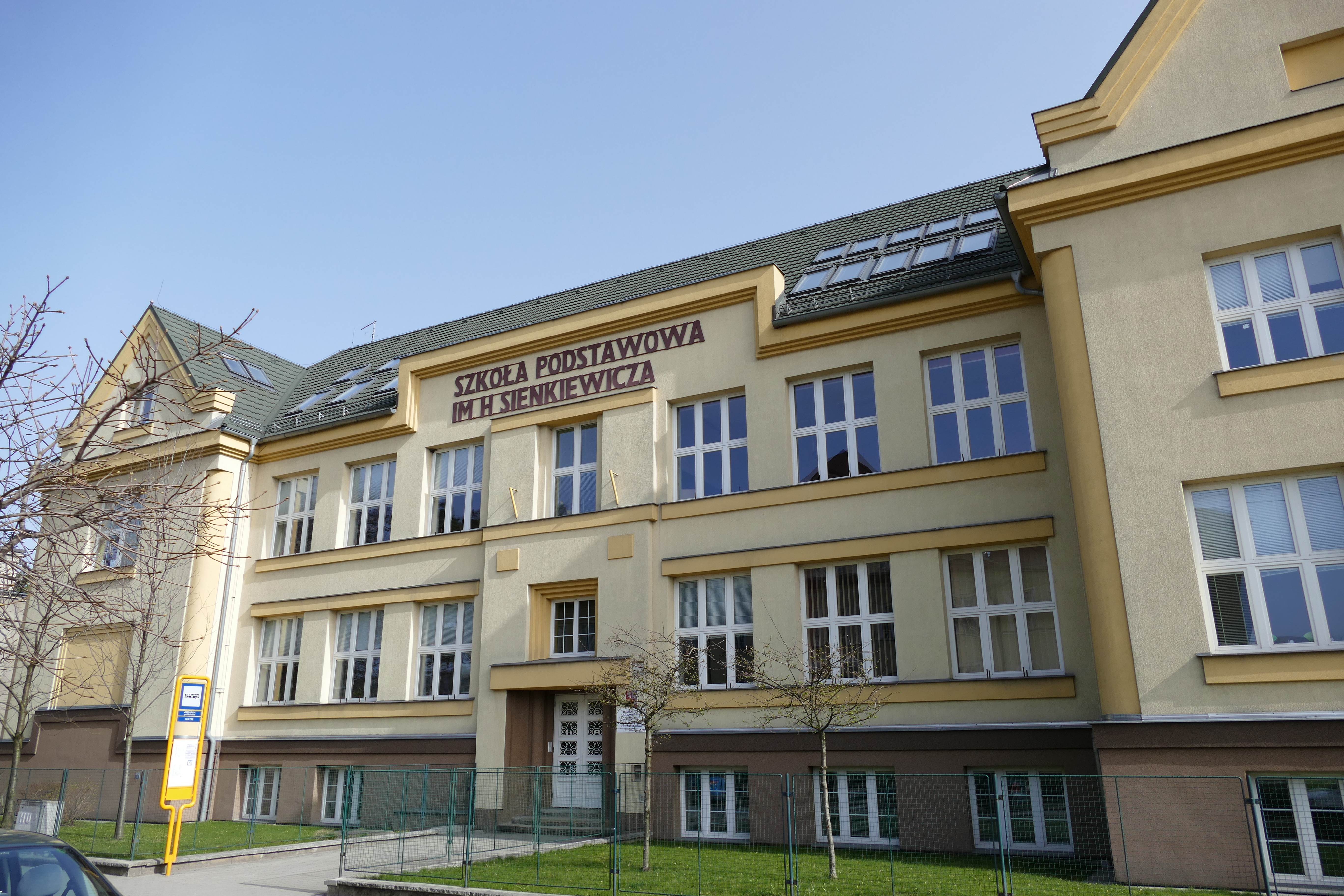 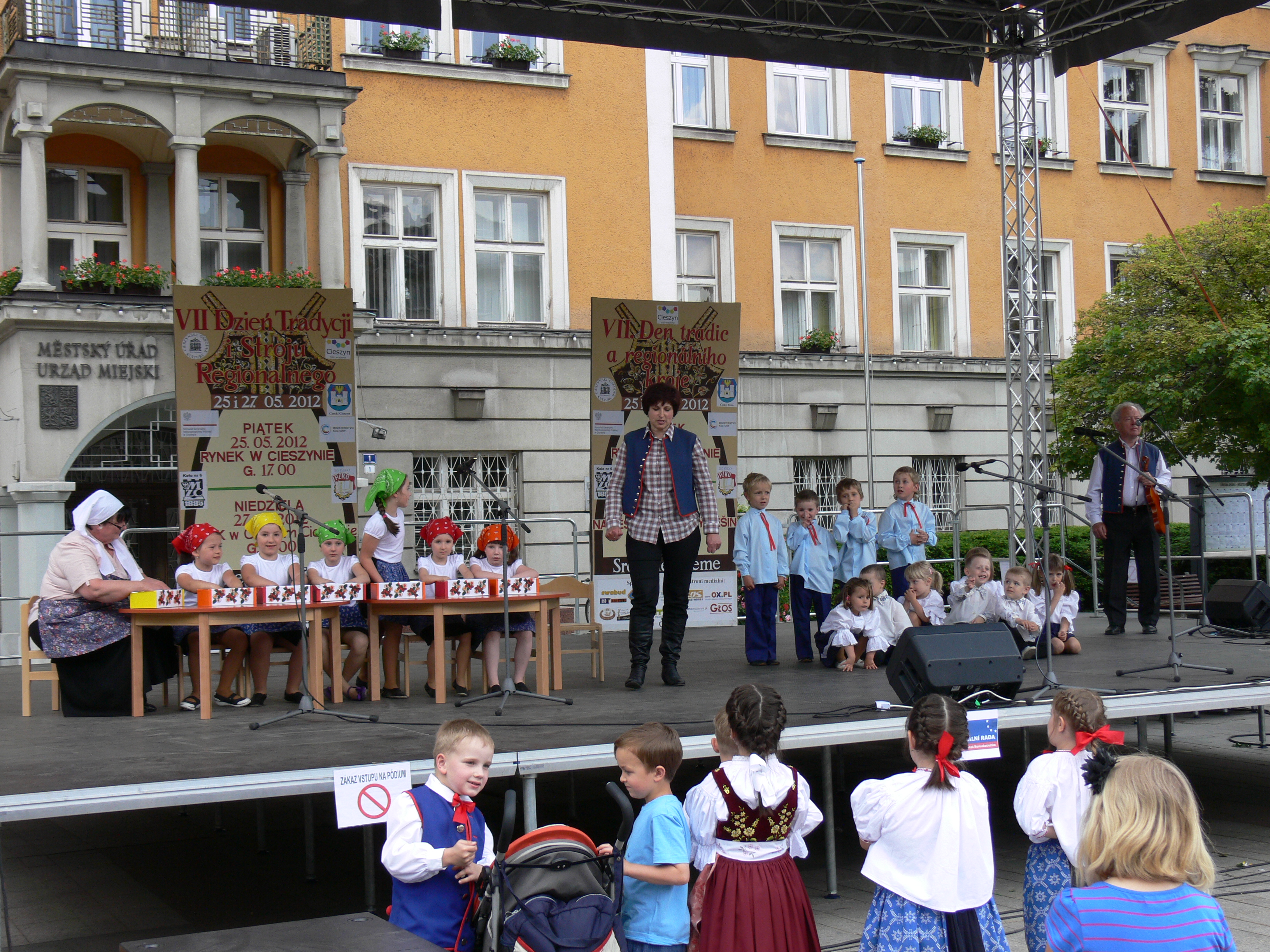